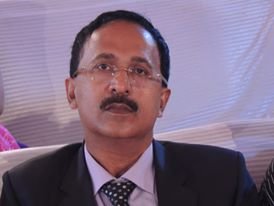 Fuzzy computation is a field that encompasses the theory and application of fuzzy sets and fuzzy logic to the solution of information processing, systems analysis and synthesis problems. The thought process involved in the act of decision making is a complex array of streaming possibilities in which a person selects or discards information made available from diverse sources. In doing so one is led by a meaningful analysis of available information and optimal selection out of several apparently equi-efficient decisions. Since Zadeh (1965) published the fuzzy set theory as an extension of classic set theory, it has been widely used in many fields of application, such as pattern recognition, data analysis, system control, etc. The unique characteristic of this theory, in contrast to classic mathematics, is its operation on various membership functions (MF) instead of the crisp real values of the variables. Out of the several higher order fuzzy sets, intuitionistic fuzzy sets by Atanassov (1985) have been found to be highly useful to deal with vagueness. Intuitionistic fuzzy set is described by two functions: a membership function and a non – membership function. Over the last few decades, fuzzy technology (FT) has been increasingly used in decision making. Their computational speed in simulating and forecasting has become highly relevant in real time operations. This act of simulation will have multifarious applications in the fields of environment, planning, farming, disaster monitoring capacity building, management, mitigation, etc. This Special Session intends to be a major forum for scientists, engineers and practitioners interested in the study, analysis, design, modeling and implementation of fuzzy systems, both theoretically and in a broad range of application fields.

Proposed submissions should be original and unpublished. Potential topics include, but are not limited to: